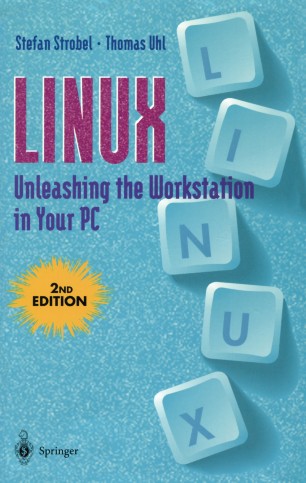 Linux Unleashing the Workstation in Your PC

NIX achieved its widespread propagation, its penetration of the UNIX history U university domain, and its reach into research and industry due to its early dissemination by AT&T to all interested parties at almost no cost and as source code. UNIX's present functionality emanated not just from AT&T developers but also from many external developers who used the product and contributed their own further developments, which they then put at AT&T's disposal. (Consider the contributions of the University of California at Berkeley, for example. ) With the rising commercialization of UNIX by AT&T (and the current owner, Novell) since 1983, and with the philosophical wars between the large UNIX vendors such as Sun, HP, Digital, IBM, SCQ and the UNIX laboratory, as well the more rhetorical than factual discussions between QSF and UNIX International , such creative and cooperative continuing development became increasingly restricted, and UNIX source code today has become unaffordably expensive and de facto inaccessible. Linux has changed the situation. Linux provides interested computer scientists and users with a system that revives the old UNIX tradition: Linux is available for free, and everyone is heartily free & participatory invited (but not obliged) to contribute to its continuing development. When I wrote the foreword to the first edition of this book in 1994, Linux, because it ran on PC systems, had begun to penetrate the workrooms of many computer science students and computer freaks.