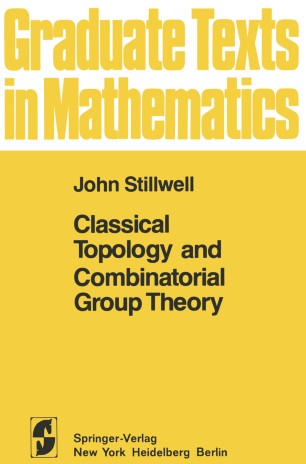 In recent years, many students have been introduced to topology in high school mathematics. Having met the Mobius band, the seven bridges of Konigsberg, Euler's polyhedron formula, and knots, the student is led to expect that these picturesque ideas will come to full flower in university topology courses. What a disappointment "undergraduate topology" proves to be! In most institutions it is either a service course for analysts, on abstract spaces, or else an introduction to homological algebra in which the only geometric activity is the completion of commutative diagrams. Pictures are kept to a minimum, and at the end the student still does not understand the simplest topological facts, such as the reason why knots exist. In my opinion, a well-balanced introduction to topology should stress its intuitive geometric aspect, while admitting the legitimate interest that analysts and algebraists have in the subject. At any rate, this is the aim of the present book. In support of this view, I have followed the historical develop­ ment where practicable, since it clearly shows the influence of geometric thought at all stages. This is not to claim that topology received its main impetus from geometric recrea. ions like the seven bridges; rather, it resulted from the visualization of problems from other parts of mathematics­ complex analysis (Riemann), mechanics (poincare), and group theory (Oehn). It is these connections to other parts of mathematics which make topology an important as well as a beautiful subject.