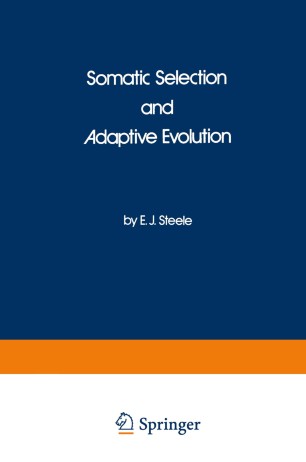 On the Inheritance of Acquired Characters

The origins of the idea to write this book are impossible to trace. What I can say with some certainty, is that the book would not have emerged without the pleasing interplay of two contingent pleasures which occurred in the summer of 1978. The first was the penetrating sense of awe experienced when I finished reading Koestler's recent book' Janus A Summing Up', 1978. His philosophy provided that necessary inspiration to tackle, in a rational way, a long held dissatisfaction with the . conven­ tional Darwinian explanation of evolution. The second was the more subliminal pleasure of camping and exploring that beautiful panorama of the lake district of Northern Ontario. The book, written in an argumentative style, reviews the case for the inheritance of acquired characteristics and proposes a simple, feasible mechanism to drive this process. It is written from the narrow perspective of an experimental Immunologist with an interest in the evolution of multicellular organisms. Much attention is given to current ideas in Immunology, and at times we dive deeply into its heartland to grasp those threads relevant to a general theory of evolution. In these excursions, I take pains not to lose the general reader (although I run the risk of annoying some Immunologists), I do this so that the argument is understood by Biologists as a whole. This narrow approach path, however, eliminates areas of interest to some Biologists, e. g.