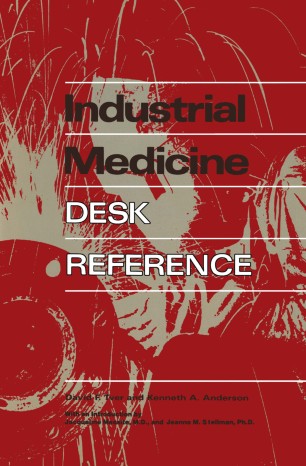 Increased public concern over the control of environmental forces and industrial hazards has led to awareness for the need for improved conditions for all who work. Industry has expanded and developed new p'~ducts and new methods. A great many occupational diseases have accompanied this progress. Too much of the present data and knowledge have been obtained following accidents or sad experience. Thousands of women have died, have become acutely or chronically ill, and still others permanently disabled. Workers themselves have become keenly aware of potential hazards on their jobs, and public interest has developed to a point where articles are appearing on front pages of newspapers, business journals, and medical journals specifically related to occupational medicine. Special studies of chemicals, processes, and practices have been initiated by government agencies and by industry itself. Knowledge of increased liver cancer in vinyl chloride workers, the discovery of kepone, a pesticide produced under poor working conditions causing neurologic damage, the problems with asbestos, and the alarming occupational health problems reported among workers manufacturing "DBCP" (dibromochloropropane), a nematocid that has caused reproductive alterations in men from oligospermia to sterility, are well known. Not only have sterility and fertility become serious grounds for concern but also mutagenesis and teratogenesis, in addition to public anxieties about occupational carcinogens, a cause for worry.