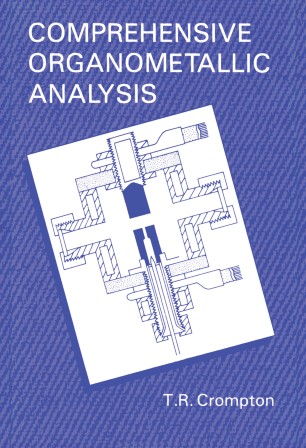 It is now some sixteen years since the author's first series of books on the analysis of organometallic compounds. Many developments in the subject have occurred since that time and a new book on the subject is now overdue. The present book aims to provide a comprehensive review of the subject. It covers not only all aspects of the analysis of organometallic compounds but also contains two additional chapters, dealing with environmental analysis and the use of chelates of metals in the determination of very low concentrations of organic metals. Whilst reviewing the literature for the present book, it was observed that whereas papers published prior to 1973 dealt almost exclusively with various forms of analysis, a high proportion of those published during the past ten years were concerned with the application of proven or newly developed methods to the determination of organometallic compounds in environmental samples such as water, air, soil, river and ocean sediments, fish life and biota samples. An increasing range of elements including mercury, lead, arsenic, tin, antimony, selenium and manganese are now being found in organically bound forms in the environment, some resulting from pollution, others formed in nature by bacterial processes. As many of these substances have appreciable implications to human and animal health and the ecosystem as a whole, it was considered that it would be timely to include a separate chapter in the book devoted entirely to this subject.