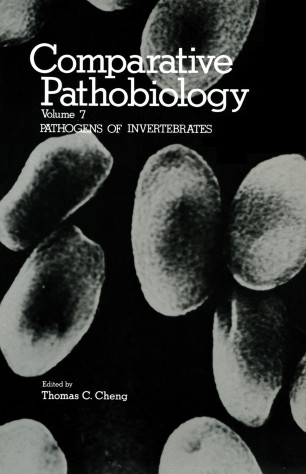 Invertebrate pathology, like medical and veterinary pathology, for many years has been spearheaded by practical applications al­ though in more recent times many investigators have elected to focus their attention on basic mechanisms and the elucidation of basic phenomena. Although Elie Metachnikoff and Louis Pasteur may be considered the forerunners of invertebrate pathology, in modern times the late Edward A. Steinhaus and the late Arthur M. Heimpel, among others, must be considered the principal disciples. Con­ sequently, in recent years several symposia have been organized in honor of the memory of Steinhaus and Heimpel. When the proceedings of these occasions were examined and reviewed, it was decided that these could naturally be considered chapters of a single volume of Comparative Pathobiology under the subtitle selected. We wish to note that the chapters devoted to various aspects of Bacillus thuringiensis were originally presented at the thirteenth annual meeting of the Society for Invertebrate Pathology held in Seattle, Washington, on July 26 - August 2, 1980, under the title of the "Edward A. Steinhaus Memorial Symposium". This includes the contribution by Dr. Robert M. Faust on the professional contributions of Dr. Arthur M. Heimpel. Art, as he was known to his friends, was a founding member of the Society and later served as its president. The circle of his professional associates was international.