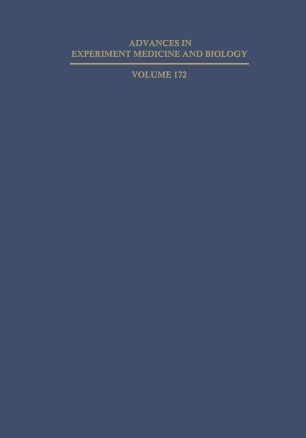 Part of the Advances in Experimental Medicine and Biology book series (AEMB, volume 172)

The Second International Cell Culture Congress was structured as was the First Congress to bring together scientists from academia and industry to discuss the use of cell culture in support of bioscience. It was felt that a forum whereby state-of­ the-art presentations were followed by informal workshops would provide opportunity for the greatest exchange of information. Within the atmosphere of the workshop, problems common to basic as well as applied research were discussed and directions for the future were brought to light. These proceedings reflect and epitomize those discussions. Although it is difficult to cover all scientific disciplines utilizing cells in culture, we feel key areas were addressed at the Congress and are herein presented. Considerable emphasis has been given to the methods for establishing cells in culture and characterizing the cells once established as well as the improved technology for growing established cell lines. Examples of how recombinant DNA technology is being used to manipulate genes within mammalian cells, to clone mammalian genes and to insert them in prokaryotes has been included. Major emphasis has been given to the use of lymphocytes in culture for understanding immune responsiveness and the culturing of a variety of cell types as a means to understand disease states.