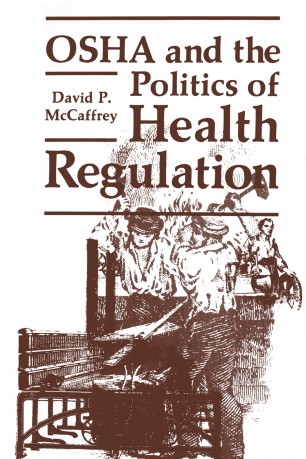 OSHA and the Politics of Health Regulation

By way of introduction to this fascinating book, let me highlight two of its many contributions. First, it is a good example of something all too rare in sociology: testing competing general theories. Most of us either try to develop or refine theories about how the social world works, and cite convenient data as support, or we select and collect data that will fit some general theoretical position. In the first case, the data playa subor­ dinate role-bits of evidence for our view of life. In the second, the theory plays a subordinate role-a way to make sense of the social behavior we have observed. McCaffrey's position subsumes these two. He has gathered data on an important social agency, but with an im­ plicit problem in mind: which of the several theories about the social world he was exposed to in graduate school would do the best job of interpreting the data? Or, we might just as well turn it around. In a graduate department such as Sociology at the State University of New York at Stony Brook, there is a lively, never ending debate about the "truth" of competing perspectives on the political and social world. By selecting a data base and remaining alert to the kind of evidence each theory required, McCaffrey circumvented the usual" data for a theory" vs. "a theory for the data" dilemma that most of us live with.