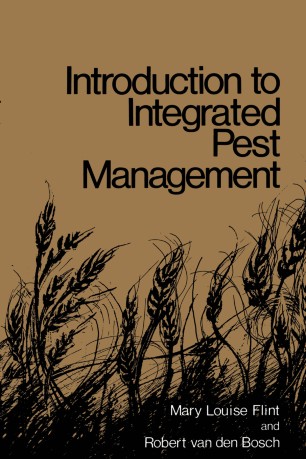 Integrated control of pests was practiced early in this century, well before anyone thought to call it "integrated control" or, still later, "integrated pest management" (IPM), which is the subject of this book by Mary Louise Flint and the late Robert van den Bosch. USDA entomologists W. D. Hunter and B. R. Coad recommended the same principles in 1923, for example, for the control of boll weevil on cotton in the United States. In that program, selected pest-tolerant varieties of cotton and residue destruction were the primary means of control, with insecticides consid­ ered supplementary and to be used only when a measured incidence of weevil damage occurred. Likewise, plant pathologists had also developed disease management programs incorporating varietal selection and cul­ tural procedures, along with minimal use of the early fungicides, such as Bordeaux mixture. These and other methods were practiced well before modern chemical control technology had developed. Use of chemical pesticides expanded greatly in this century, at first slowly and then, following the launching of DDT as a broadly successful insecticide, with rapidly increasing momentum. In 1979, the President's Council on Environmental Quality reported that production of synthetic organic pesticides had increased from less than half a million pounds in 1951 to about 1.4 billion pounds-or about 3000 times as much-in 1977.