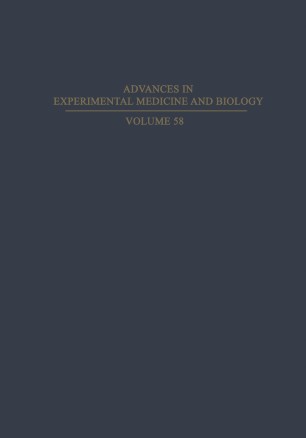 Part of the Advances in Experimental Medicine and Biology book series (AEMB, volume 58)

P-450 has in common with our nation that it can call Phila­ delphia its hometown. Yet there are differences, too. The U. S. A. was born and named in this city. P-450 was first recog­ nized here -- an odd CO-combining pigment without family or func­ tion. Japanese workers identified it as an unusual member of the cytochrome family. Finally, in Philadelphia, its biological func­ tion was established and its growth to a global power initiated. Since discovery of its function as terminal oxidase of the 21-steroid hydroxylase system of adrenocortical microsomes, P-450 has proved to play the same role in a wide variety of other mixed function oxidase systems involved in biosynthesis and catabolism of specific cell or body components as well as in the metabolism of foreign substances entering organisms. P-450-like oxygenating enzymes appear to be fundamental cellular constituents in most forms of aerobic organisms. Activation of molecular oxygen and incorporation of one of its atoms into organic compounds as cata­ lyzed by P-450 enzymes are reactions of vital importance not only for biosynthesis and degradation of steroid hormones necessary for sustaining life, but also for metabolic activation or inactivation of foreign agents such as drugs, food preservatives and additives, insecticides and carcinogens. Moreover, P-450 linked enzyme sys­ tems can either be induced or suppressed by these agents with significant biological consequences.