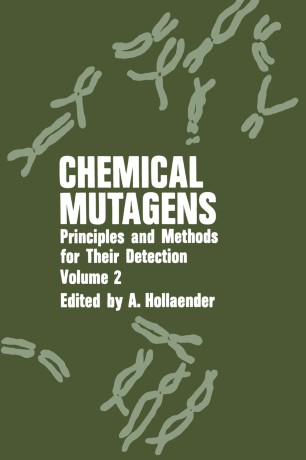 Principles and Methods for Their Detection:Volume 2

The best protection against environmental mutagens is to identify them before they ever come into general use. But it is always possible that some substance will escape detection and affect a large number of persons without this being realized until later generations. This article considers ways in which such a genetic emergency might be promptly detected. A mutation-detecting system should be relevant in that it tests for effects that are as closely related as possible to those that are feared. It should be sensitive enough to detect a moderate increase in mutation rate, able to discover the increase promptly before more damage is done, responsive to various kinds of mutational events, and designed in such a way as to maxi­ mize the probability that the Gause of an increase can be found. Methods based on germinal mutation necessarily involve enormous numbers of persons and tests. On the other hand, with somatic mutations the individual cell becomes the unit of measurement rather than the in­ dividual person. For this reason, I think that somatic tests are preferable to germinal tests, despite the fact that it is germinal mutations which are feared.