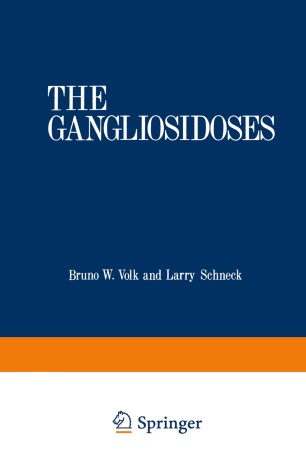 The history of so-called storage diseases goes back to the end of the 19th and to the beginning of the 20th century when Fabry, Tay, Sachs, Gaucher, Niemann, Hunter, and Hurler first described the disorders which up to now are called by their eponym. The clinical descriptions soon were followed by pathologic studies, and within a short time ,the hereditary characters of these rare afflictions came to be recognized. Although sporadic reports during the early part of this century dealt with biochemical analysis of the "stored" materials in these disorders, it was actually in the late 1930s that the abnormal deposits started to attract the increasing attention of chemists. S. H. Thannhauser brought the broad concept of lipidoses as a group of related disorders to the attention of the medical profession for the first time, and in 1939 Klenk observed that the brain of a patient with Tay-Sachs disease contained greatly increased amounts of a glycolipid for which he proposed the name "ganglioside. " 20 years has thrown new light on these afflic­ Work carried out in the past tions and has pinpointed the enzymatic and lipid abnormalities associated with the various "storage" diseases. Moreover, electron microscopic studies have permitted detailed investigations of the fine structure of the various organs of afflicted patients.