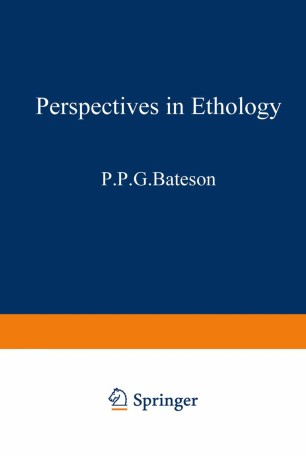 In the early days of ethology, most of the major developments were in the realm of ideas and in the framework in which animal behavior was studied. Much of the evidence was anecdotal, much of the thinking intuitive. As the subject developed, theories had to be tested, language had to become more public than it had been, and quantitative descriptions had to replace the preliminary qualitative accounts. That is the way a science develops; hard­ headed analysis follows soft-headed synthesis. There are limits, though, to the usefulness of this trend. The requirement to be quantitative can mean that easy measures are chosen at the expense of representing the complexly patterned nature of a phenomenon. All too easily the process of data collec­ tion becomes a trivial exercise in describing the obvious or the irrelevant. Editors and their referees require authors to maintain high standards of evidence and avoid undue speculation-in short, to maintain professional respectability. In the main, this process is admirable and necessary, but somewhere along the line perspective is lost and a body of knowledge, with all the preconceptions and intellectual baggage that comes with it, becomes formally established. New ideas are treated as though they were subversive agents-as indeed they often are.