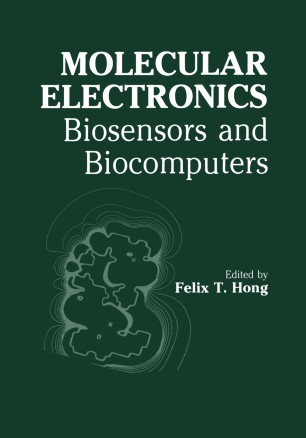 The dream of developing a biocomputer should not be dismissed as a sheer fantasy. Although there is naturally some doubt as to whether it is possible to design a computer using carbon-based components as in living organisms, instead of silicon-based components as in existing computers, the fact that an average brain often outperforms the most sophisticated computer in terms of the complexity of tasks, if not in terms of speed, is a living testimony to this possibility. The remaining question is to what extent a biocomputer can mimic a living organism and whether it is possible to design and fabri­ cate such a biocomputer within the foreseeable future. This volume does not attempt to provide immediate and exact answers to these questions but instead attempts to provide a vision and a progress report of the initial efforts. This volume is mainly a collection of papers presented at the Symposium on Molecular Electronics - Biosensors and Biocomputers, sponsored by the Divi­ sion of Biotechnology, Health and Environment of the Fine Particle Society, held from July 19-22, 1989 at the Society's 19th Annual Meeting in Santa Clara, California. Also included are articles contributed by those who planned to attend the conference but were unable to do so. The emergence of the field of molecular electronics is largely the consequence of one person's crusade, that of Forrest L. Carter.