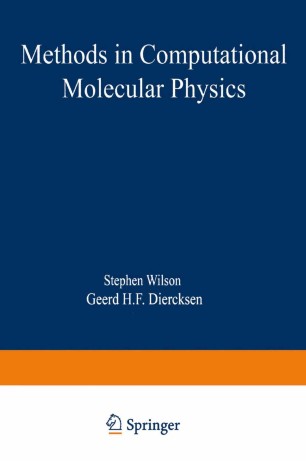 This volume records the lectures given at a NATO Advanced Study Institute on Methods in Computational Molecular Physics held in Bad Windsheim, Germany, from 22nd July until 2nd. August, 1991. This NATO Advanced Study Institute sought to bridge the quite considerable gap which exist between the presentation of molecular electronic structure theory found in contemporary monographs such as, for example, McWeeny's Methods 0/ Molecular Quantum Mechanics (Academic Press, London, 1989) or Wilson's Electron correlation in moleeules (Clarendon Press, Oxford, 1984) and the realization of the sophisticated computational algorithms required for their practical application. It sought to underline the relation between the electronic structure problem and the study of nuc1ear motion. Software for performing molecular electronic structure calculations is now being applied in an increasingly wide range of fields in both the academic and the commercial sectors. Numerous applications are reported in areas as diverse as catalysis and interstellar chernistry, drug design and environmental studies, molecular biology and solid state physics. The range of applications continues to increase as scientists recognize the importance of molecular structure studies to their research activities. Recent years have seen a growing dependence of these applications on program packages, which are often not in the public domain and which may have a somewhat lirnited range of applicability dicta ted by the particular interests and prejudices of the program author.