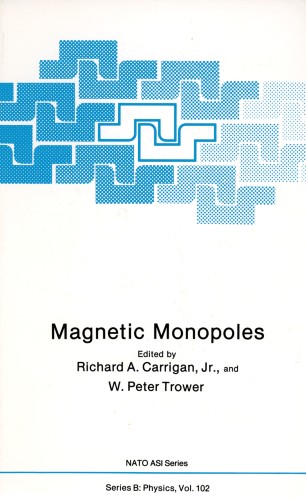 In 1269 Petrus Peregrinus observed lines of force around a lodestone and noted that they were concentrated at two points which he designated as the north and south poles of the magnet. Subsequent observation has confirmed that all magnetic objects have paired regions of' opposite polarity, that is, all magnets are dipoles. It is easy to conceive of an isolated pole, which J.J. Thomson did in 1904 when he set his famous problem of the motion of an electron in the field of a magnetic charge. In 1931 P.A.M. Dirac solved this problem quantum mechanically and showed that the existence of a single magnet pole anywhere in the universe could explain the mystery of charge quantization. By late 1981, theoretical interest in monopoles had reached the point where a meeting was organized at the International Centre for Theoretical Physics in Trieste. Many mathematical properties of monopoles were discussed at length but there was only a solitary account describing experiments. This imbalance did not so much reflect the meeting's venue as it indicated the relative theoretical and experimental effort at that point.