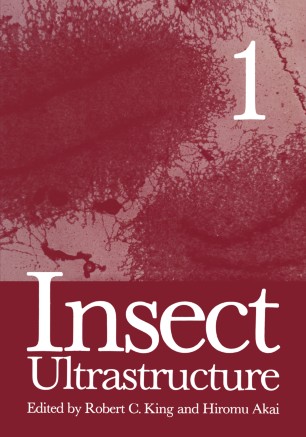 Fourteen years have passed since the publication of David Spencer Smith's Insect Cells: Their Structure and Function. Here the results of a decade of electronmicroscopic studies on insect cells were summarized in an organized and integrated fashion for the first time, and the ultrastructural characteristics of different specialized cells and tissues were abundantly illustrated in the 117 plates this monograph contained. In the intervening period great progress has been made in the field of Insect Ultrastructure. Organelles not even mentioned in Smith's book, such as synaptonemal complexes, clathrin baskets, fusomes, and retinular junc­ tions, have been identified and functions proposed for them. There have also been many technical advances that have profoundly influenced the direction of subsequent research. A spectacular example would be the development by Miller and Beatty of the chromosomal spreading technique which allowed for the first time ultrastructural studies on segments of chromosomes containing genes in various stages of replication and transcription. Then there is the freeze-fracture procedure first described by Moor and his colleagues. This technique permitted an analysis of intercellular junctions that was impossible with the conventional sectioning methods. The results greatly clarified our understanding of the channels for ion movement and the permeability barriers between cells and also the membrane changes that occur during the embryonic differentiation and metamorphosis of various types of insect cells.