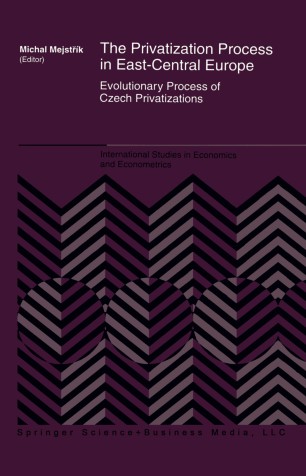 The Privatization Process in East-Central Europe

Part of the International Studies in Economics and Econometrics book series (ISEE, volume 36)

It is beyond any doubt that East-Central European countries such as Czech Republic, Hungary, Poland and Slovakia has dramatically changed its shape through its radical transition from centrally planned to the market economies in last 7 years. Many economists divide the process of economic transformation into areas of Stabilization, Liberalization, and Privatization/Restructuring. The traditional view is that stabilization and liberalization can be achieved rather quickly-by balancing budgets, balance of payments, tightening money supply, freeing prices and liberalizing trade-but that the area of privatization is one that could be moved to the future and will require much more time. Until 1991, none of the post-communist nations except former East Germany (which had a large decree of support from West Germany) had succeeded in privatizing large numbers of enterprises, even though more than two years had passed since the changes in government in these nations. The privatization has been, however, seen as an extremely important part of reform package together with stabilization and liberalization especially in the Czech Republic from the very beginning. The Czechs originally as a part of the Czechoslovak Federal Republic embarked on an unprecedented path that should have lead not only to stabilization and liberalization, but also to very rapid, mass privatization of its sector of large enterprises that have dominated its economy to an extreme extent.