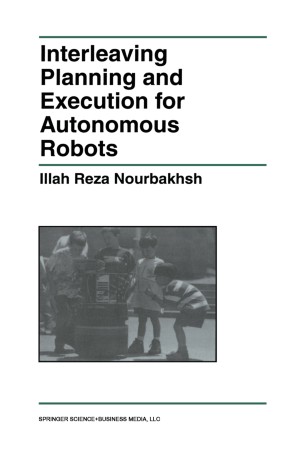 Part of the The Springer International Series in Engineering and Computer Science book series (SECS, volume 385)

Interleaving Planning and Execution for Autonomous Robots develops a formal representation for interleaving planning and execution in the context of incomplete information. This work bridges the gap between theory and practice in robotics by presenting control architectures that are provably sound, complete and optimal, and then describing real-world implementations of these robot architectures. Dervish, winner of the 1994 AAAI National Robot Contest, is one of the robots featured.
Interleaving Planning and Execution for Autonomous Robots is based on the author's PhD research, covering the same material taught in CS 224, the very popular Introduction to Robot Programming Laboratory taught at Stanford for four years by Professor Michael Genesereth and the author.