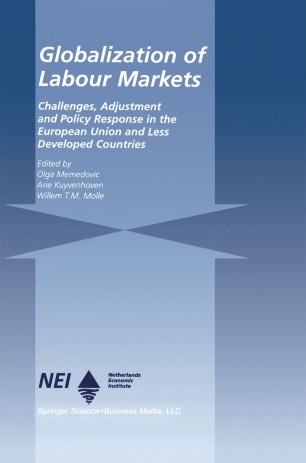 Challenges, Adjustment and Policy Response in the EU and LDCs

To the classical driving forces of migration such as poverty, oppression and war, yet another is being added: globalization. With the increasing economic interdependence between countries migration has become one of the important links. Many less developed countries (LDCs) accept migration of their workers to developed countries (DCs) because it reduces the pressure on unemployment, and remittances increase the capital inflow to the country. On the other hand, some of the DCs see migration as a threat to their employment and system of social security. Participants of the Second Annual Workshop of the Network EU-LDC Trade and Capital Relations gave a broad view of the problem which both DCs and LDCs are facing in connection with the globalization of labour markets. This volume consists of 10 chapters by scholars from the European Union (EU) and LDCs. Each paper is discussed in terms of its policy relevance by a policy maker as well as by an academic specializing in the field. In the opening chapter we aim to do justice to the discussion during the Workshop in Rotterdam in May 1995 at which preliminary versions of all chapters were presented. Edited versions of the interven­ tions by the policy makers and experts are included as far as possible af­ ter the chapters. The opinions expressed in this volume are those of the authors and not necessarily those of their organizations.