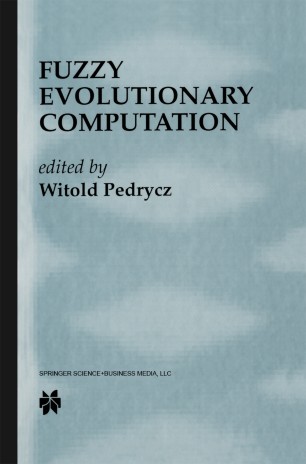 As of today, Evolutionary Computing and Fuzzy Set Computing are two mature, wen -developed, and higbly advanced technologies of information processing. Bach of them has its own clearly defined research agenda, specific goals to be achieved, and a wen setUed algorithmic environment. Concisely speaking, Evolutionary Computing (EC) is aimed at a coherent population -oriented methodology of structural and parametric optimization of a diversity of systems. In addition to this broad spectrum of such optimization applications, this paradigm otTers an important ability to cope with realistic goals and design objectives reflected in the form of relevant fitness functions. The GA search (which is often regarded as a dominant domain among other techniques of EC such as evolutionary strategies, genetic programming or evolutionary programming) delivers a great deal of efficiency helping navigate through large search spaces. The main thrust of fuzzy sets is in representing and managing nonnumeric (linguistic) information. The key notion (whose conceptual as weH as algorithmic importance has started to increase in the recent years) is that of information granularity. It somewhat concurs with the principle of incompatibility coined by L. A. Zadeh. Fuzzy sets form a vehic1e helpful in expressing a granular character of information to be captured. Once quantified via fuzzy sets or fuzzy relations, the domain knowledge could be used efficiently very often reducing a heavy computation burden when analyzing and optimizing complex systems.