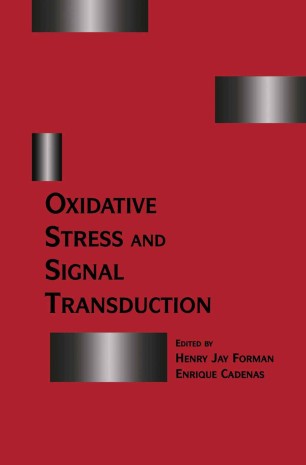 In the past few years there has been the increased recognition that the effects of oxidative stress are not limited to the damage of cellular constituents. There is now evidence that reactive oxygen species (ROS) can alter cell function by acting upon the intermediates, or second messengers, in signal transductions. Such effects on signaling mechanisms probably account for the role of oxidative stress in inflammation, aging, and cancer. This volume brings together internationally recognized researchers in both the major areas covered by the book, oxidative stress and signal transduction. The work is organized in three sections. The first deals with the immediate cellular responses to oxidative stress and the production of second messengers. The second details the connection between second messengers and the gene. The third part looks more closely at the level of the gene.