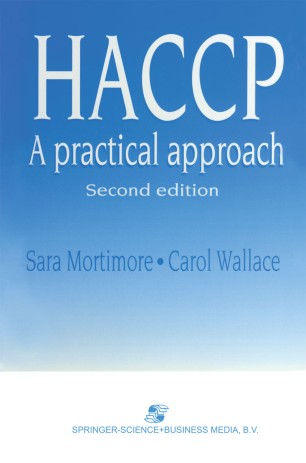 Since the 1994 publication of HACCP: A practical approach, many changes have occurred in the world of food safety. A number of driving forces have converged, focusing more attention on the proper management of food safety. These forces have prompted a revision and expansion of HACCP: A practical approach. Fortunately, the authors have been able to come forth with this timely revision of their most useful and excellent work. Unquestionably, the most significant driving force for increased attention to food safety has been the continued surge in new food­ borne pathogens and the related illness outbreaks. Micro-organisms such as Salmonella typhimurium OTl04, antibiotic-resistant Campylobacter jejuni, Cryptosporidium parvum and Cyclospora cayeta­ nensis were practically unknown in foods before 1994. However, most important in this regard has been the surge in major outbreaks of illness caused by Escherichia coli 0157:H7 around the world. While it was originally found to be associated with dairy cattle, the ecological range of this pathogen is expanding. It is now a more frequent contaminant of raw animal foods and raw produce. The surge in new foodborne pathogens and illnesses has led to unprecedented media attention to the safety of the global food supply. As a result, consumers are more aware of the potential prob­ lems and are demanding safer foods. Government regulatory agen­ cies in many countries have responded by developing regulations for food safety. Many of these regulations require that the HACCP system of food safety be used in the production of food.