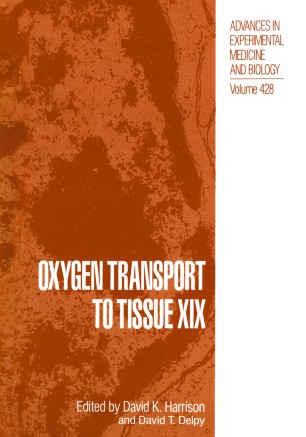 Part of the Advances in Experimental Medicine and Biology book series (AEMB, volume 428)

In 1996, for its 24th scientific meeting, the International Society on Oxygen Trans­ port to Tissue made its third visit to the United Kingdom. The previous two meetings were held in Cambridge in 1977 and 1986, but this was the first meeting to be held "north of the border" in Scotland. It was attended by some 186 delegates and accompanying persons and there were 128 presentations. The venue was the West Park Centre, the University of Dundee's residential conference centre, and ISOTT was only the second major meeting to be held there using the new Villa accommodation. Dundee's slogan is "City of Discovery" since it became the permanent home of the Royal Research Ship Discovery which was built in the city and was used by Captain Scott on his first ex­ pedition to the Antarctic. The ISOTT meeting also fulfilled its promise of being a meeting of dis­ covery with sessions on all aspects of oxygen transport to tissue. The inclusion of a session on oxygen transport in vascular disease reflected the interests of the local participants. All of the manuscripts were reviewed both for their scientific and editorial accept­ ability and in some 50% of cases, revisions were requested from the authors. Some manu­ scripts were ultimately rejected. However, in view of the importance of producing the Proceedings as quickly as possible it is possible that some minor errors may have slipped through, for which the editors apologise.