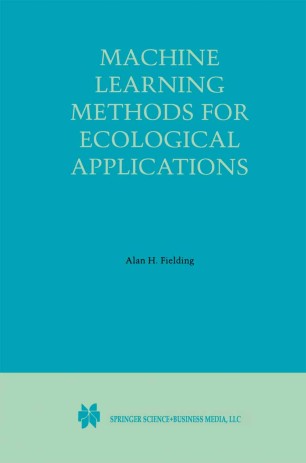 It is difficult to become an ecologist withou,t acquiring some breadth~ For example, we are expected to be competent statisticians and taxonomists who appreciate the importance of spatial and temporal processes, whilst recognising the potential offered by techniques such as RAPD. It is, therefore, with some trepidation that we offer a collection of potentially useful methods that will be unfamiliar, and possibly alien, to most ecologists. I don't feel old, but when I was undertaking my postgraduate research our lab calculator was mechanical. There was great excitement in my fmal year when we obtained an unbelievably expensive electronic calculator. Later I progressed to running ~obs' on a PRIME minicomputer via a collection of punched cards. Those who complain about the problems with current computers don't know how lucky they are! In 1984 I wrote a book entitled 'Computing for Biologists'. Although it was mainly concerned with writing short programs it did also look at wider aspects of the role of computers in the biological sciences. Machine learning was not mentioned in that book, probably because of ignorance but also because the methods were relatively unknown outside of the relatively small number of workers in the broad field that is now known as machine learning. During 1985 I spent a sabbatical year at York University, following their Biological Computation masters programme. This course was a unique blend of computer science, mathematics and statistics.