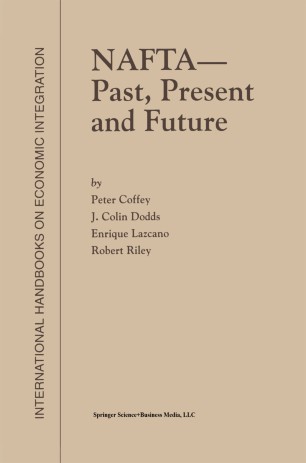 NAFTA — Past, Present and Future

NAFTA has been described by one expert as being a partial customs union. It is, in any case, a special kind of free trade area because it consists of two highly developed economies and one large third world economy.
In this book, the contributors examine the specific interests of the three member countries, Canada, Mexico, and the United States in the creation of NAFTA. They also assess the influence of this trade area on their economics.
Looking to the future, doubts are expressed about the feasibility of using NAFTA (a hope expressed by the USA) as a stepping stone in the creation of a Free Trade Area of the Americas. Instead, the contributors see the consolidation of MERCOSUR in Latin America and the creation of a new Trans-Atlantic Market - as proposed by Sir Leon Brittan - as more likely developments.