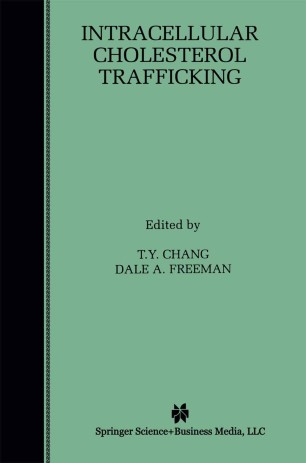 INTRODUCTION AND RATIONALE FOR INTRACELLULAR CHOLESTEROL TRAFFICKING This volume is an elaboration of an earlier small meeting held in St. Louis, Missouri. In April 1997, many of the authors met for a two-day meeting devoted entirely to intracellular cholesterol trafficking. The rationale for this meeting was that investigators interested in this topic worked in a variety of fields, and rarely, if ever, all met together. Everybody knew each other's papers but mostly worked in isolation from one another. Understanding of cholesterol trafficking also appeared to have reached the point where it would start to rapidly expand beyond these few laboratories. Understanding of cholesterol trafficking was moving from a largely descriptive science into the molecular age. It seemed a good time to get together and see how much we agreed upon up to this point. More authors contributed to this volume than attended the St. Louis meeting. That meeting was generously funded by grants from Bristol-Myers Squibb, Merck and Company and Parke-Davis, however, the total funding available limited the size of the meeting. For the book, we are not so limited and have tried to be as inclusive as possible and pretty much invited everyone who is presently active in this area. We were quite fortunate to successfully recruit the authors we sought for each of these chapters. The authors and their contributions can be organized by particular interests and particular areas of expertise.