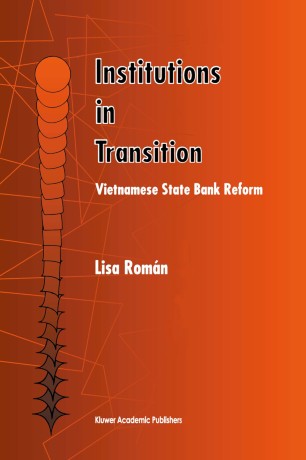 "If you want to become a doctor, practice in a war; if you want to become an economist, practice in Vietnam". 1 Phan Van Tiem Vietnam is one of many countries presently undergoing fundamental institutional change: the market mechanism is replacing central planning. So far, the achievements are impressive. In the mid-1980s, the country failed to feed its population, suffered from hyperinflation and faced general economic stagnation. In the early 1990s, the annual economic growth rate had accelerated to some eight to nine percent, the inflation rate had fallen to two-digit levels - sometimes even lower - and the country had become one of the world's largest rice exporters. Add some more details - the increased foreign trade, the inflow of foreign investments, the diversification of agriculture, and ~e various reform measures taken to alter the basic economic structure - and the success story of the Vietnamese transition is told. The country has hence followed the same path as its northern neighbor China, and provided a counterexample to much more cumbersome processes that have been adopted in a number of other transforming countries, notably those of the former USSR. This transition is by no means over. Indeed, it is misleading to think of transition as a process that departs from a well-defined pre-condition and moves towards an equally well­ defined end-point.