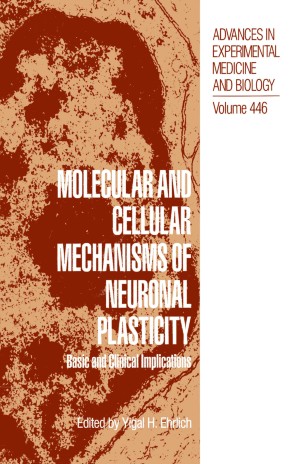 Part of the Advances in Experimental Medicine and Biology book series (AEMB, volume 446)

Numerous studies have proven the biological basis of memory formation and have begun to identify the biochemical traces and cellular circuits that are formed by experience, and which participate int the storage of information in the brain, its retention for long durations, and its retrieval upon demand. Cells in the nervous system have the capability of undergoing extremely long-lasting alterations in response to hormonal, pharmacological, and environmental stimulations. The mechanisms underlying this neuronal plasticity are activated by experiential inputs and operate in the process of learning and the formation of memories in the brain. This volume presents research areas which have not been highlighted in the past. In addition to studies on the involement of functional proteins in neuronal adaptation, this volume presents recent developments on the critical roles of bioactive lipids and nucleotides in these processes. In addition to the widely studied role of second messengers, a review of studies on extracellular phosphorylation systems operating on the surface of brain neurons is presented.The first section of the volume presents studies of basic mechanisms operating in a wide range of adaptive processes. The second section presents recent advances in investigations that have demonstrated the clinical implications of this research. These include: state of the art use of transgenic models in studies of molecular and cellular mechanisms implicated in familial Alzheimer's disease and Amyotrophic Lateral Sclerosis; studies of specific proteins implicated in Alzheimer's disease, including an adapter that binds to the beta-amyloid precurser protein (beta-APP) and the microtubular protein Tau and its membrane-bound counterpart. The advantages of using cell culture models for elucidating the causes of neuronal degeneration and for identifying mechanisms of neuroprotection are also presented among the chapters in the section on clinical implications.