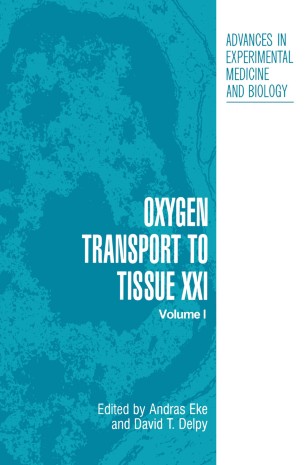 Part of the Advances in Experimental Medicine and Biology book series (AEMB, volume 471)

The International Society on Oxygen Transport to Tissue (lSOTT) held its 26th annual meeting from August 23-26, 1998, and met for the second time in Budapest. As captured in the design of the ISOTT'98 logo, the venue of the conference was the Budapest Hilton in the heart of the historic Castle District in Buda, across from Hungary's coronation church-the Matthias Church-and the fairy-tale-like Fisherman's Bastion; a special place with a historical touch situated atop the Castle Hill, from where participants enjoyed the spectacular panoramic views of Budapest exquisitely laid out on both sides of the Danube. In preparation for ISOTT'98, major emphasis was given to the application of informatics in collecting, presenting, and disseminating scientific and other information associated with the meeting. Electronic submission of the abstracts made it possible to publish the illustrated Abstracts on the ISOTT'98 Web Site well before the meeting. Following the meeting, an ISOTT'98 CD was published as a digital, searchable record of ISOTT'98. The scientific program was designed with the active participation of prospective attendees, in that priority and momentum was given to the topics selected by those visiting the Web Site. Poster and oral presentations were considered as equivalently effective formats, reflected by the fact that posters were on display throughout the meeting.