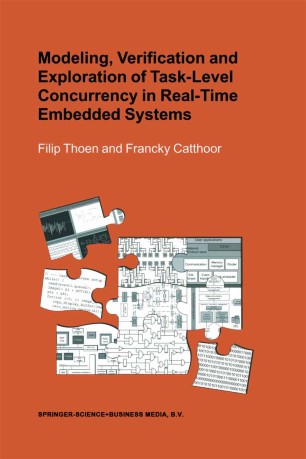 system is a complex object containing a significant percentage of elec­ A tronics that interacts with the Real World (physical environments, humans, etc. ) through sensing and actuating devices. A system is heterogeneous, i. e. , is characterized by the co-existence of a large number of components of disparate type and function (for example, programmable components such as micro­ processors and Digital Signal Processors (DSPs), analog components such as AID and D/A converters, sensors, transmitters and receivers). Any approach to system design today must include software concerns to be viable. In fact, it is now common knowledge that more than 70% of the development cost for complex systems such as automotive electronics and communication systems are due to software development. In addition, this percentage is increasing constantly. It has been my take for years that the so-called hardware-software co-design problem is formulated at a too low level to yield significant results in shorten­ ing design time to the point needed for next generation electronic devices and systems. The level of abstraction has to be raised to the Architecture-Function co-design problem, where Function refers to the operations that the system is supposed to carry out and Architecture is the set of supporting components for that functionality. The supporting components as we said above are heteroge­ neous and contain almost always programmable components.