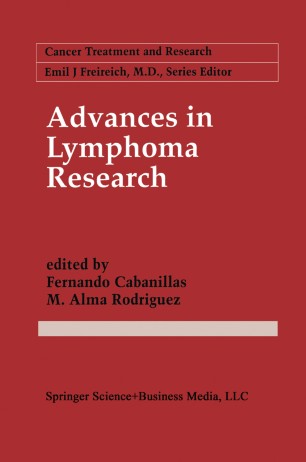 Fernando Cabanillas In 1993, Fisher et al. published the results of a randomized trial comparing three third-generation regimens against the classic CHOP combination. For several years, the oncology community had been convinced that the third­ generation regimens were clearly superior to CHOP. It came as a shock to many that there was no difference in outcome between the four arms of this clinical trial. The logical conclusion is that CHOP is as good as any of the other regimens tested in that study. Unfortunately, this excellent study has been misinterpreted by many as proving that there has not been any progress in the field of lymphoma during the last 20 years. Furthermore, it has led to a fatalistic attitude in the reasoning of many clinicians who feel that 'nothing works better than CHOP' and therefore that it is not worth testing new drugs or developing novel regimens. However, the process by which we move forward in the oncology field is seldom by dramatic breakthroughs. Frequently, what appears at first glance to be a breakthrough turns out later to be just a modest step forward. Several steps forward eventually add up to a major advance, but this advance goes unnoticed because of the slow nature of the process. In this volume, we have chosen to discuss several of these steps, which we feel are clearly making a positive impact on the field of lymphomas and which soon should make a major difference in therapeutic results.