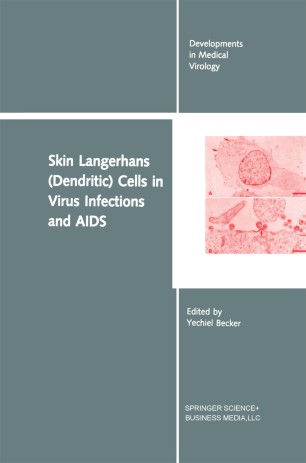 Over the generations the skin has been the site for immunization against smallpox. This method of immunization was described in a letter written by Lady Mary Montagu on April 1, 1717 in Adrianopole, Turkey: "The small-pox, so fatal, and so general amongst us, is here entirely harmless by the invention of ingrafting, which is the term they give it. . . The old woman comes with a nut-shell full of the matter of the best sort of small-pox . . . She immediately rips open (the skin) with a large needle . . . and puts into the vein as much venom as can lie upon the head of her needle, and after binds up the wound. There is no example of anyone that died of it; and you may believe that I am satisfied of the safety of this experiment since I intend to try it on my dear little son" (Letters from the right Honourable Lady Mary Montagu 1709-1762. Published by J. M. Dent and Co. London, 2nd edition, September, 1906, p. 124. ) The "variolation" method was, 80 years later, markedly improved by the use of cowpox virus, as reported by Edward Jenner in 1796. The successful method of intradermal immunization against smallpox and later against other virus diseases is in fact based on the presence of anitigen-presenting dendritic cells in the skin.

' I strongly recommend this book to all dermatology departments. Individuals with a specialist interest would benefit greatly by buying their own copy. ' Retinoids 27 1992