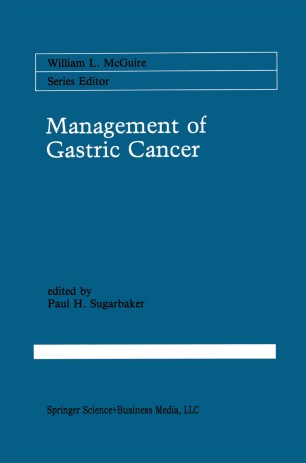 Gastric cancer has been one of the great malignant scourges affecting man­ kind for as long as medical records have been kept. Until operative resection pioneered by Bilroth and others became available, no effective treatment was feasible and death from cancer was virtually inevitable. Even with resection by total gastrectomy, the chances of tumor eradication remained small. Over recent years, however, the situation has been changing. Some changes have resulted from better understanding of the disease, early detec­ tion, and better management techniques with applied clinical research, but the reasons for other changes are poorly understood. For example, the incidence of gastric cancer is decreasing, especially in westernized societies, where it has fallen from one of the most common cancers to no longer being in the top five causes of cancer death. Still it remains the number one killer of adult males in Japan and Korea. Whether the reduced incidence in western societies is a result of dietary changes or methods of food preservation, or some other reason, is as yet uncertain. Improvements in outcome have been reported from mass screening and early detection; more refined techniques of establishing early diagnosis, tumor type, and tumor extent; more radical surgical resection; and resection at earlier stages of disease.