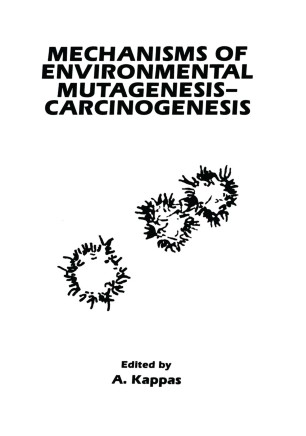 The 19th annual meeting of the European Environmental Mutagen Society was held in Rhodes, Greece, from October 21st to 26th, 1989. The programme was chosen to explore what is currently known about the mechanisms of mutagenesis and carcinogenesis, induced by environmental agents, and the questions regarding the relationship of these two processes. Recent findings, techniques and methodologies in the area of biomonitoring of humans exposed to environmental mutagens-carcinogens were presented and considerable attention was also paid to the aspects and issues of collaborative environmental policy. Researchers from allover the world contributed to the programme of the meeting with posters and oral presentations, providing a variety of new data and interesting scientific approaches. A number of outstanding scientists were invited to present the results of their work. It is only their presenta­ tions which are included in this book, covering the following topics: Mutations and carcinogenesis; mechanisms of chemical­ ly-induced genetic effects on molecular, chromosomal and cell division level; adaptability and repair mechanisms; chemical carcinogenesis and oncogenes; structure and metabolism of mutagens-carcinogens; biomonitoring and epidemiology of humans exposed to environmental mutagens-carcinogens. For the sake of evaluating and controlling the mutagenic and carcinogenic potential of our environment it is indispens­ able to understand the mechanisms and processes by which chemicals act on the genetic material, causing either heredi­ tary disease or cancer. The pUblication of these proceedings will hopefully contribute to this task.