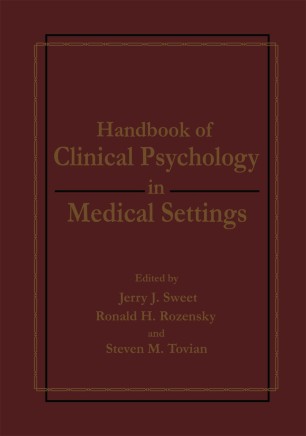 For two decades, I have been responding to questions about the nature of health psychology and how it differs from medical psychology, behavioral medicine, and clinical psychology. From the beginning, I have taken the position that any applica­ tion of psychological theory or practice to problems and issues of the health system is health psychology. I have repeatedly used an analogy to Newell and Simon's "General Problem Solver" program of the late 1950s and early 1960s, which had two major functional parts, in addition to the "executive" component. One was the "problem-solving core" (the procedural competence); the other was the representa­ tion of the "problem environment. " In the analogy, the concepts, knowledge, and techniques of psychology constitute the core competence; the health system in all its complexity is the problem environment. A health psychologist is one whose basic competence in psychology is augmented by a working knowledge of some aspect of the health system. Quite apparently, there are functionally distinct aspects of health psychology to the degree that there are meaningful subdivisions in psychological competence and significantly different microenvironments within the health system. I hesitate to refer to them as areas of specialization, as the man who gave health psychology its formal definition, Joseph Matarazzo, has said that there are no specialties in psychology (cited in the editors' preface to this book).