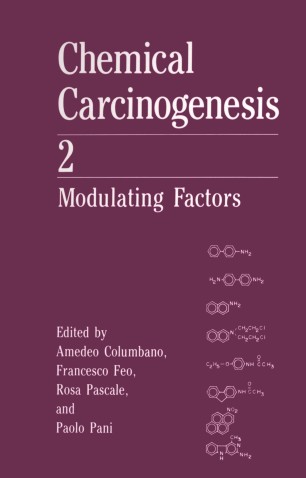 "chemical carcinogenesis" is the general title of the series of international meetings which are held, biannually, in sardinia (Italy) since 1981. Despite the generality of the title, the main effort of the scientific Committee has been to pursue a coherent line around one of the most distinguishing features of carcinogenesis: the "multifasic" development of the process. Given that many chemical compounds are known to cause "experimental cancer", many questions still remain unresolved or are given too simplistic answers. The very first question concerning the interaction between the chemical carcinogen and the molecular target in the cell is a debatable one despite the overwhelming literature in this field. It is certain that chemical carcinogens are toxic to cells and cause DNA damage: however it is still an open question as to how to relate these changes to the different stages of carcinogenesis including initiation. We have not to forget that 1/3 to 2/3 of the average life time of a given species elapses between the experimental administration of the carcinogen and the appearance of "cancer". The experimental manipulation of carcinogenesis through the use of "adequate biological models" has not simplified the problems about cancer, but it has led us to face the complexity of otherwise elementary biological properties, cell proliferation and differentiation. The understanding of this biological complexity is not just theoretical, but it may give us those adequate conceptual tools to approach "cancer" also from a medical point of view.