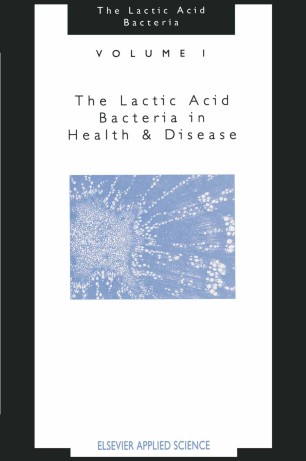 The Lactic Acid Bacteria in Health and Disease

Historical Background lowe my interest in the lactic acid bacteria (LAB) to the late Dr Cyril Rainbow, who introduced me to their fascinating world when he offered me a place with him to work for a PhD on the carbohydrate meta­ bolism of some lactic rods isolated from English beer breweries by himself and others, notably Dr Dora Kulka. He was particularly interested in their preference for maltose over glucose as a source of carbohydrate for growth, expressed in most cases as a more rapid growth on the disaccharide, but one isolate would grow only on maltose. Eventually, we showed that maltose was being utilised by 'direct fermen­ tation' as the older texts called it, specifically by the phosphorolysis which had first been demonstrated for maltose by Doudoroff and his associates in their work on maltose metabolism by a strain of Neisseria meningitidis. I began work on food fermentations when I came to Strathclyde University, and I soon found myself involved again with the bacteria which I had not touched since completing my doctoral thesis. In 1973 lG. Carr, C. V. Cutting and G. c. Whiting organised the 4th Long Ashton Symposium Lactic Acid Bacteria in Beverages and Food and from my participation in that excellent conference arose a friendship with Geoff Carr. The growing importance of these bacteria was subsequently confirmed by the holding, a decade later, of the first of the Wageningen Conferences on the LAB.