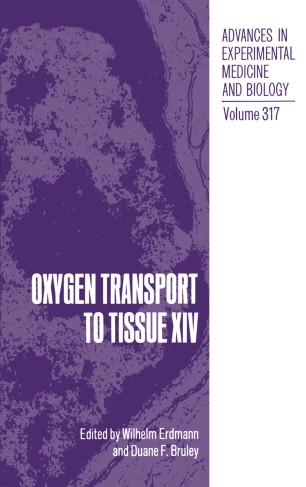 Part of the Advances in Experimental Medicine and Biology book series (AEMB, volume 317)

The International Society on Oxygen Transport to Tissue (IS OTT) was founded in 1973 as a scientific society providing a forum for bioengineers, basic scientists (physiologists, biochemists and physicists) and clinicians (including anesthesiologists, intensive care specialists, pediatricians, neonatologists, internists, surgeons and other specialists) to facilitate the exchange of scientific information among those interested in any aspect of the transport and/or utilization of oxygen in tissues. From the ranks of its members, many fundamental discoveries and inventions have been made involving the many aspects of oxygen transport and utilization by biological tissues. The ISOTT proceed­ ings, now in its 14th edition, has become a standard work in the field as witnessed by the inclusion in the Science Citation Index of all volumes published so far. The 19th ISOTT Meeting was held in Cura~ao from August 24th through August 30th, 1991. The Cura~ao Meeting attracted 145 registrants and 45 accompanying persons. The format originated by Dr. Ian Llngmuir in 1985, consisting of posters ac­ companied by an abbreviated oral summary, was again successfully handled with slight modifications. The meeting was introduced by 6 review lectures covering the whole field of oxygen transport from bioengineering, the problem of diffusion in lung, blood and tissue through pathology of oxygen uptake in the lung, oxygen supply dependency of the critically ill to artificial oxygen carriers. A special session dealt with oxygen sup­ ply under ambiant pressure changes.