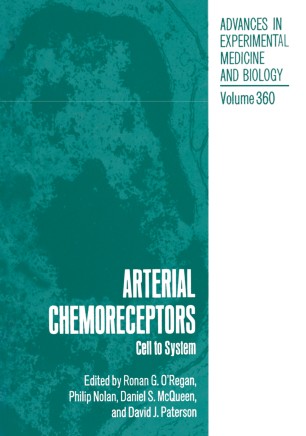 Part of the Advances in Experimental Medicine and Biology book series (AEMB, volume 360)

The International Society for Arterial Chemoreception (ISAC) was founded in August 1988 during the 9th International Symposium on Arterial Chemoreception which was held at Park City, Utah, USA. ISAC was established with the aim of providing a framework to support the increasing number of investigators from a wide variety of disciplines (anatomists, pathologists, respiratory physiologists and clinicians, high altitude physiologists, biochemists, biophysicists, physiologists and pharmacologists) who share a common interest in arterial chemoreception. ISAC took over the co-ordination of the international chemoreceptor meetings, with the membership deciding the venue for forthcoming meetings. During the Park City symposium Dublin was selected to host the 1993 meeting, under the Presidency of Professor Ronan O'Regan. The 12th International Meeting on Arterial Chemoreception, which was held in Dublin in August 1993, was acclaimed as a great success by all those present. The delegates not only shared in a wide-ranging feast of chemoreceptor based science, they had plenty of opportunity during the meeting for renewing acquaintances and establishing new friendships. The location for the meeting at University College Dublin's modem Belfield campus helped to promote such interaction, and the social programme was outstanding.