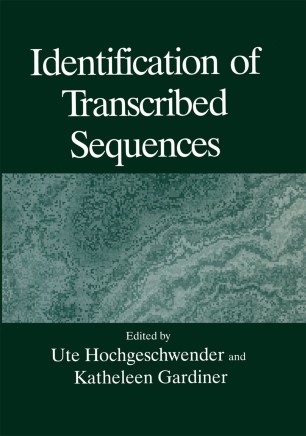 The Human Genome Project, an endeavor to map and sequence the entire human genome, has been in existence for almost seven years. One result of this effort has been the development of increasingly detailed genetic and physical maps spanning large regions of virtually every chromosome. Paralleling this has been the increasingly high resolution mapping of many &wnetic diseases. Together, these developments have facilitated the isolation of specific disease genes and are now motivating the construction of comprehensive transcriptional maps. This latter endeavor represents a new facet of the genome project, and as such requires the recognition and solution of a new set of problems, with the attendant development and application of a new set of techniques. The First International Workshop on the Identification of Transcribed Sequences in the Human Genome was held in 1991 and was attended by 23 investigators. Discussions at this meeting were largely devoted to defining the magnitude of the problem and describing the available techniques. A small number of laboratories reported the development of new techniques (at that time, for example, exon trapping, cDNA hybrid selection, direct cDNA screening, use of splice junction conserved sequences,etc.), but data were too limited to permit comparisons of their relative efficiencies.