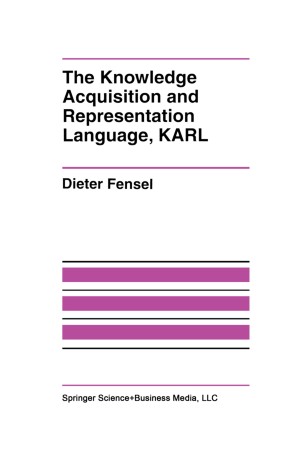 Within the framework of so-called second generation expert systems [62] knowledge modeling is one of the most important aspects. On the one hand, knowledge acquisition is no longer seen as a knowledge transfer process, rather it is now considered as model construction process which is typically a cyclic and error prone process. On the other hand, the distinction between knowledge and symbol level descriptions [166] resulted in various proposals for conceptual knowledge models describing knowledge in an implementation independent way. One of the most prominent examples of such a conceptual model is the KADS model of expertise which is characterized by its clear distinction of different know ledge types and by the usage of specific modeling primitives to describe these different knowledge types [185]. The semi­ formal KADS expertise model entails all the advantages and disadvantages which have been identified for semi-formal system models e.g. in the software engineering community.