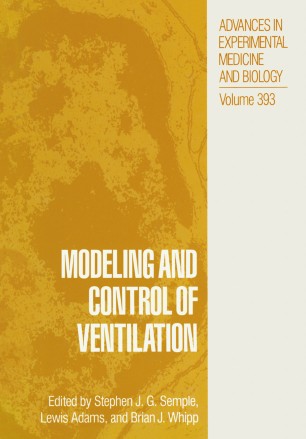 Modeling and Control of Ventilation

Part of the Advances in Experimental Medicine and Biology book series (AEMB, volume 393)

The origins of what have come to be known as the "Oxford" Conferences on modelling and the control of breathing can be traced back to a discussion between Dan Cunningham and Richard Hercynski at a conference dinner at the Polish Academy of Sciences in 1971. Each felt that they had benefited from the different perspectives from which the topic of ventilatory control was approached - predominantly physiological in the case of Dr Cunningham and predominantly mathematical in the case of Dr Hercynski. Their judgement at that time was that a conference on the control of breathing which allowed investigators with these different (but related) scientific perspectives to present and discuss their work, might prove fruitful. We would judge that this has amply been borne out, based upon the success of the series of conferences which resulted from that seminal dinner conversation. The first conference, entitled "Modelling of a Biological Control System: The Regulation of Breathing" was held in Oxford, UK, in 1978. Subsequent conferences were: "Modelling and the Control of Breathing" at Lake Arrowhead, California, in 1982; "Con­ cepts and Formulations in the Control of Breathing" in Solignac, France, in 1985; "Respi­ ratory Control: A Modeling Perspective" at Grand Lakes, Colorado, in 1988; and "Control of Breathing and Its Modelling Persepctive" at the Fuji Institute in Japan in 1991. The conferences, subsequent to the one in Oxford, have all resulted in well-received published proceedings.