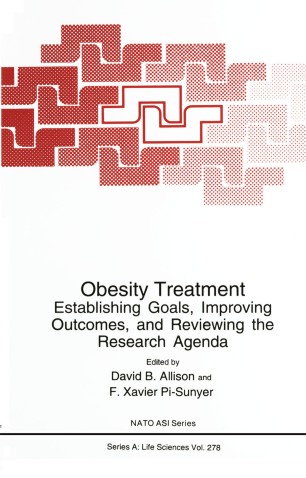 Treatment outcome has certainly improved since Stunkard and McLaren-Hume (1959) reviewed the literature and found that less than 25% of obese patients lost 20 pounds or more and less than 5% lost 40 pounds or more. However, one of the few points on which almost all obesity researchers agree is that to date, our results are quite modest and we are generally unsuccessful in promoting effective weight maintenance among obese persons. As the title of a more recent article, "Improving long-term weight loss: Pushing the limits of treatment," (Brownell & Jeffrey, 1987, [emphasis added]) suggests, many believe that we have pushed our current treatment paradigms to the limit. It was with this background in mind that we organized the meeting from which these proceedings issue. The purpose of the three day international meeting was to evaluate the current knowledge base and conceptual paradigms of obesity treatment and to suggest directions for future research and clinical practice. Rather than simply for research reporting, the meeting was primarily for research generation. All speakers were established scientists in the field who were asked to summarize our state of knowledge in a given area rather than present the results of their latest research. Great efforts were taken to ensure that panel discussions occupied a central portion of the conference, and that the questions "What else do we need to know?" and "How do we find it out?" were consistently addressed.