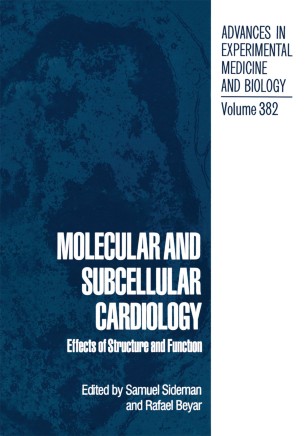 Effects of Structure and Function

Part of the Advances in Experimental Medicine and Biology book series (AEMB, volume 382)

The Henry Goldberg Workshops were set up to address the following goals: (1) To foster interdisciplinary interaction between scientists and cardiologists, identify missing links, and catalyze new ideas. (2) To relate basic microscale phenomena to the global, clinically manifested cardiac function. (3) To relate conceptual modeling and quantitative analysis to experimental and clinical data. (4) To encourage international cooperation so as to disperse medical and technological knowhow and lead to better understanding of the cardiac system. The first Henry Goldberg Workshop, held in Haifa in 1984, introduced the concept of interaction between cardiac mechanics, electrical activation, perfusion, and metabolism, emphasizing imaging in the clinical environment. The second Workshop, in 1985, discussed the same parameters with a slant towards the control aspects. The third Goldberg Workshop, held in the USA at Rutgers University in 1986, highlighted the transformation of the microscale activation phenomena to macroscale activity and performance, relating electrophysiology, energy metabolism, and cardiac mechanics. The fourth Goldberg Workshop, in 1987, continued the effort to elucidate the interactions among the various parameters affecting cardiac performance, with emphasis on the ischemic heart. The fifth Workshop, held in Cambridge, UK, in 1988, dwelt on the effects of inhomogeneity of the cardiac muscle on its performance in health and disease. The sixth Workshop highlighted the role of new modem imaging techniques, that allow us to gain more insight into local and global cardiac performance in cardiac research and clinical practice.