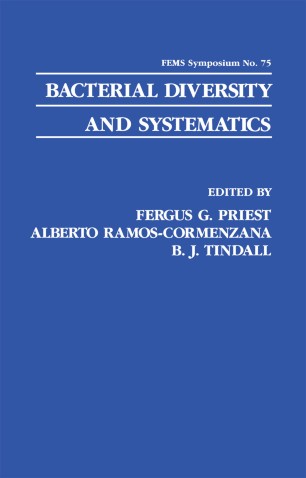 Bacterial taxonomy as a specialized discipline is practised by a minority but the applications of taxonomy are important to most, if not all microbiologists. It is the implementation of taxonomic ideas and practises which gives rise to identification and typing systems, procedures for the analysis and characterization of biodiversity, hypotheses about the evolution of micro-organisms, and improved procedures for the isolation and implementation of bacteria in biotechnological processes. Without taxonomic theory providing a sound basis to these many facets of microbiology there would be severe problems faced by many scientists working with micro-organisms. Taxonomy comprises three sequential but independent processes; classification, nomenclature and identification. The first two stages are the prime concern of the specialist taxonomist but the third stage should result in identification schemes of value to all microbiologists. As the classification and identification of micro-organisms improves, largely due to the introduction of new technologies, so does its contribution to the subject as a whole. It therefore seemed timely to hold a conference in the autumn of 1993 devoted to microbial identification. Such a topic could not be addressed without some reference to the enabling discipline of classification, but the principal aims were to assess improvements in identification and typing and how these were benefiting microbiological topics ranging from ecological and biotechnological studies of extremophilic bacteria to the use of pyrolysis mass spectrometry in epidemiology. The meeting, which was held in Granada, Spain, was supported by FEMS (FEMS Symposium No.