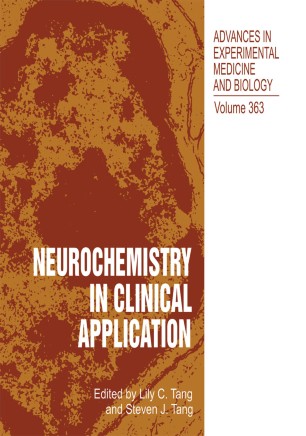 Part of the Advances in Experimental Medicine and Biology book series (AEMB, volume 363)

Neurological disorders cause untold suffering and financial burden to hundreds of thousands of people, not only to the patients, but also the relatives and society. As of today, though numerous scientists and clinicians have devoted their efforts to understand and combat these diseases, there is still no cure or satisfactory solution to the problems. Furthermore, the brain is the most essential organ of a human being. Realizing the importance of the brain, the president of the United States, George Bush, declared the 90s as the Decade of the Brain in January, 1992. Being in neuroscience research for almost three decades, I initiated, planned and organized the first international neuropharmacology symposium. After long negotiation and fund raising, with the assistance and moral support of Dr. Abel Lajtha, director ofthe Center ofNeurochem­ istry in New York, USA, we finally successfully put the program together. The Sun Yat-sen Foundation in China supported all the local expenses of the symposium and Sun Yat-sen University of Medicine in Guangzhou, China served as host organization. The symposium was held in Guangzhou, China, November 9-11,1992, the eve of Dr. Sun Yat-sen's birthday. Dr. Sun Yat-sen was born in Cui Heng Cun, on the outskirts of Guangzhou, China on November 12, 1866. He finished his high school education in the British and American Christian school in Honolulu, where he was exposed to Western influence. He had been long frustrated and discontented with the backwardness and corruption of the Ching Dynasty.