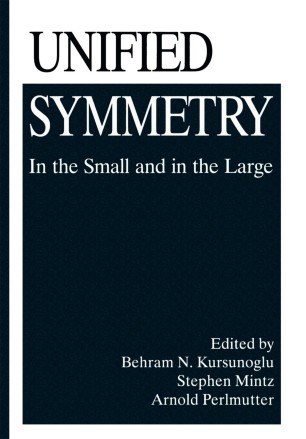 In the Small and in the Large

The twenty-second Coral Gables conference "UNIFIED SYMMETRY: In the Small and In the Large" continued with the efforts to unify the small and the large. The information gathered with the Huble telescope has in part, in the absence of the SCC , provided a basis for the physicists to unify cosmology and elementary particle physics. The congressional cancellation of the biggest experimental project on the frontiers of physics should not be regarded as an insurmountable obstacle to progress in theoretical physics. The physicists' rise to prominence was mostly reached through their creation of the nuclear era. The post cold war era has somewhat reduced the political, military, and, in part, the social role of the physicist. Some in the administration and the Congress would like physicists to focus on the directly utilitarian aspects of science. Thus, some people do not realize that this regimentation of science would inhibit the creativity. The contributions of solid state physics research to the advancement of technology is the result of physics freely pursued independently of its applications. Modern Physics beginning with Newton's theory of gravity has enabled us to create the space age, to contribute to various technologies, and to impact on our technological modus vivendi.