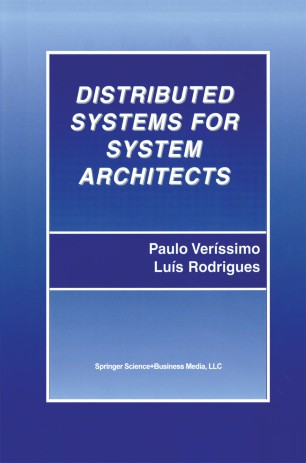 Part of the Advances in Distributed Computing and Middleware book series (DIST, volume 1)

The primary audience for this book are advanced undergraduate students and graduate students. Computer architecture, as it happened in other fields such as electronics, evolved from the small to the large, that is, it left the realm of low-level hardware constructs, and gained new dimensions, as distributed systems became the keyword for system implementation. As such, the system architect, today, assembles pieces of hardware that are at least as large as a computer or a network router or a LAN hub, and assigns pieces of software that are self-contained, such as client or server programs, Java applets or pro­ tocol modules, to those hardware components. The freedom she/he now has, is tremendously challenging. The problems alas, have increased too. What was before mastered and tested carefully before a fully-fledged mainframe or a closely-coupled computer cluster came out on the market, is today left to the responsibility of computer engineers and scientists invested in the role of system architects, who fulfil this role on behalf of software vendors and in­ tegrators, add-value system developers, R&D institutes, and final users. As system complexity, size and diversity grow, so increases the probability of in­ consistency, unreliability, non responsiveness and insecurity, not to mention the management overhead. What System Architects Need to Know The insight such an architect must have includes but goes well beyond, the functional properties of distributed systems.