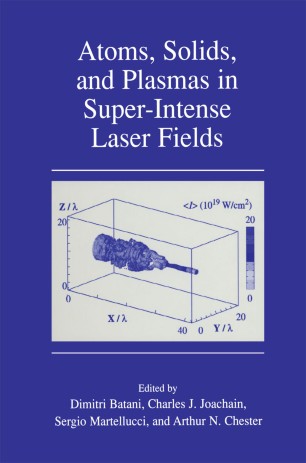 The recent developement of high power lasers, delivering femtosecond pulses of 20 2 intensities up to 10 W/cm , has led to the discovery of new phenomena in laser interactions with matter. At these enormous laser intensities, atoms, and molecules are exposed to extreme conditions and new phenomena occur, such as the very rapid multi photon ionization of atomic systems, the emission by these systems of very high order harmonics of the exciting laser light, the Coulomb explosion of molecules, and the acceleration of electrons close to the velocity of light. These phenomena generate new behaviour of bulk matter in intense laser fields, with great potential for wide ranging applications which include the study of ultra-fast processes, the development of high-frequency lasers, and the investigation of the properties of plasmas and condensed matter under extreme conditions of temperature and pressure. In particular, the concept of the "fast ignitor" approach to inertial confinement fusion (ICF) has been proposed, which is based on the separation of the compression and the ignition phases in laser-driven ICF. The aim of this course on "Atom, Solids and Plasmas in Super-Intense Laser fields" was to bring together senior researchers and students in atomic and molecular physics, laser physics, condensed matter and plasma physics, in order to review recent developments in high-intensity laser-matter interactions. The course was held at the Ettore Majorana International Centre for Scientific Culture in Erice from July 8 to July 14,2000.